Hello, everyone!  I’m Mrs. Smith, and am thrilled to be sharing my latest series Foods I’ve Never Made with you.  Thank you so much, Jeanie, for having me!

As much as I love exploring new flavors in the kitchen, there are still some things I have yet to try my hand at. 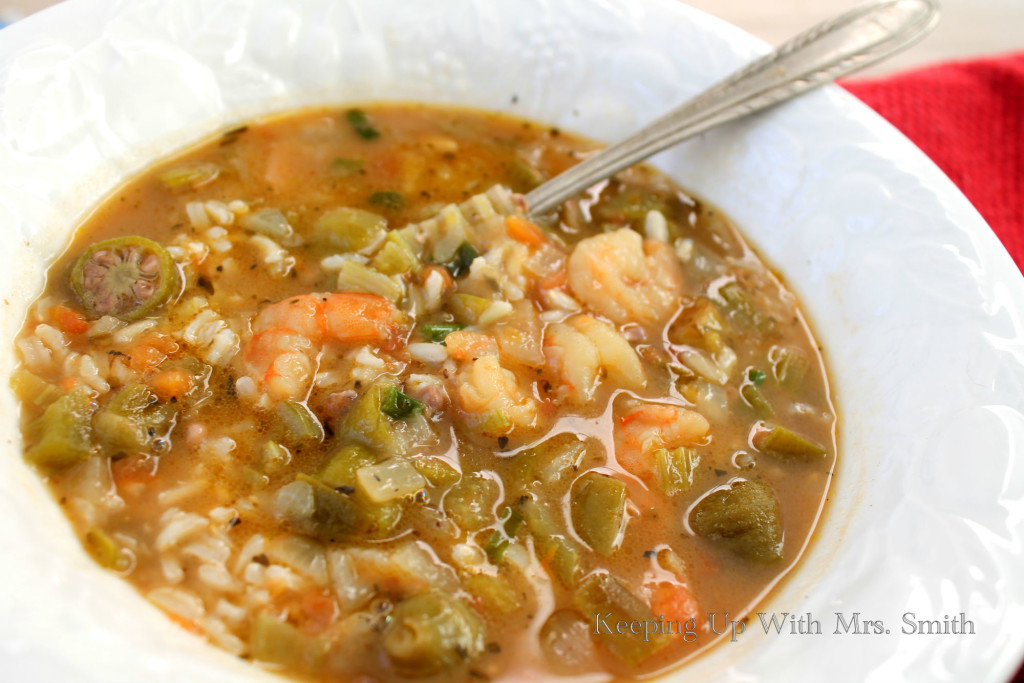 Growing up on the Mexico border, I had neither heard of nor eaten Cajun food.  In fact, I was 21 before I finally visited a Cajun restaurant…and had NO IDEA what to order.  🙂

A few years later, I was thumbing through an issue of Fine Cooking Magazine when I landed on an article about gumbo.  Even though I’d never had a bowl of the stuff, the recipe and vibrant photos of Poppy Tooker’s Seafood Gumbo convinced me that I just had to try it.

That was six years ago.

Refusing to wait another year, I pulled out my soup pot, sliced up some okra and got to work.  The results were totally worth the wait!  This recipe is definitely a keeper, and I hope you enjoy it as much as I do.

Whenever I try a new recipe, I like to prep all my ingredients first.  So let’s cut up some vegetables, shall we?

Reserve the trimmings from the onion and celery and set aside. 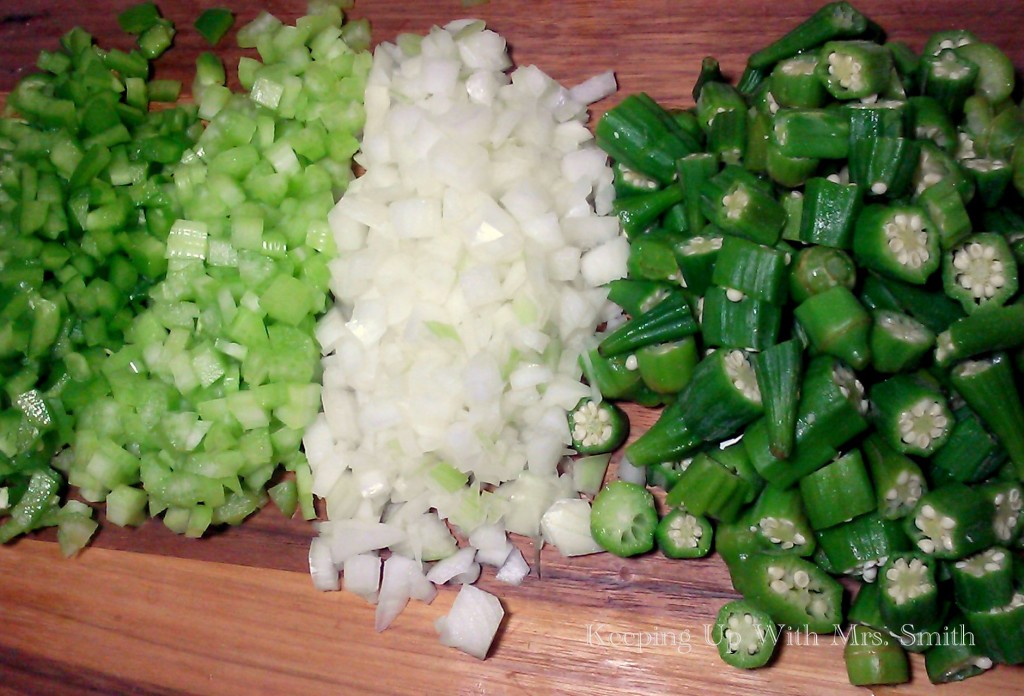 Next, peel and devein 1-1/2 pounds of shrimp.  Reserve the shells and set aside.

Place the shrimp in the fridge.

Place the reserved shrimp shells and onion/celery trimmings in a large pot.  Cover with 9 cups of water.

Bring to a a boil over high heat, then reduce to a vigorous simmer, and cook, uncovered, for 10 minutes.  Strain and set aside.  (This makes about 2 quarts.) 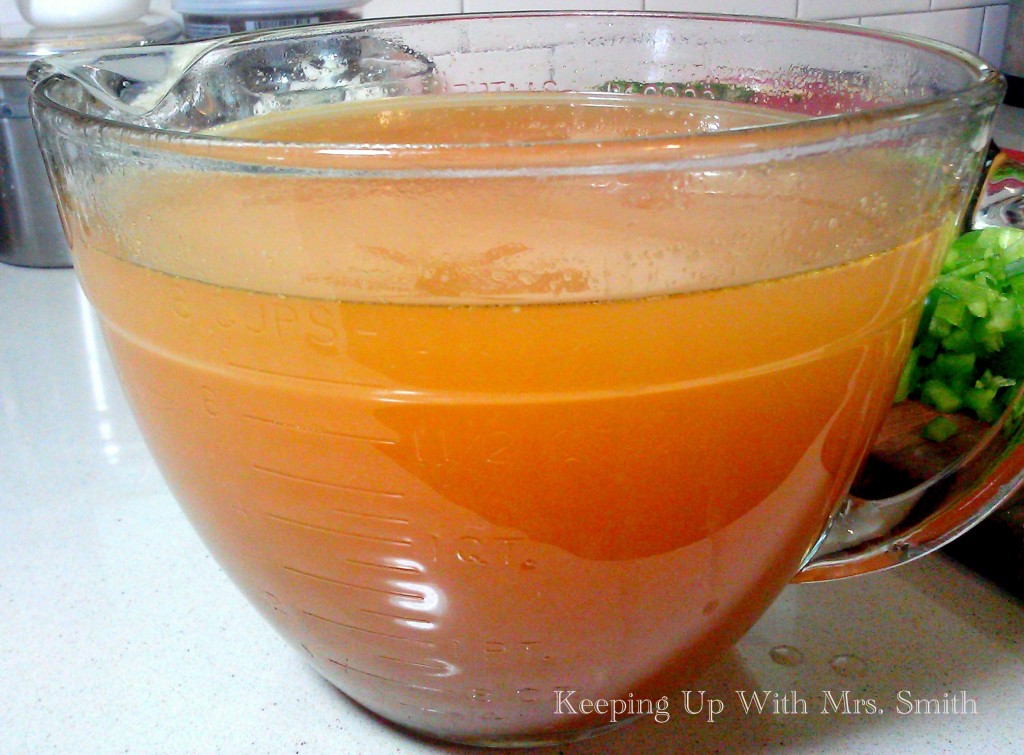 Place half the okra in the skillet, and fry, untouched, for 1-2 minutes until the okra begins to brown. Stir and cook another 2-3 minutes until golden. 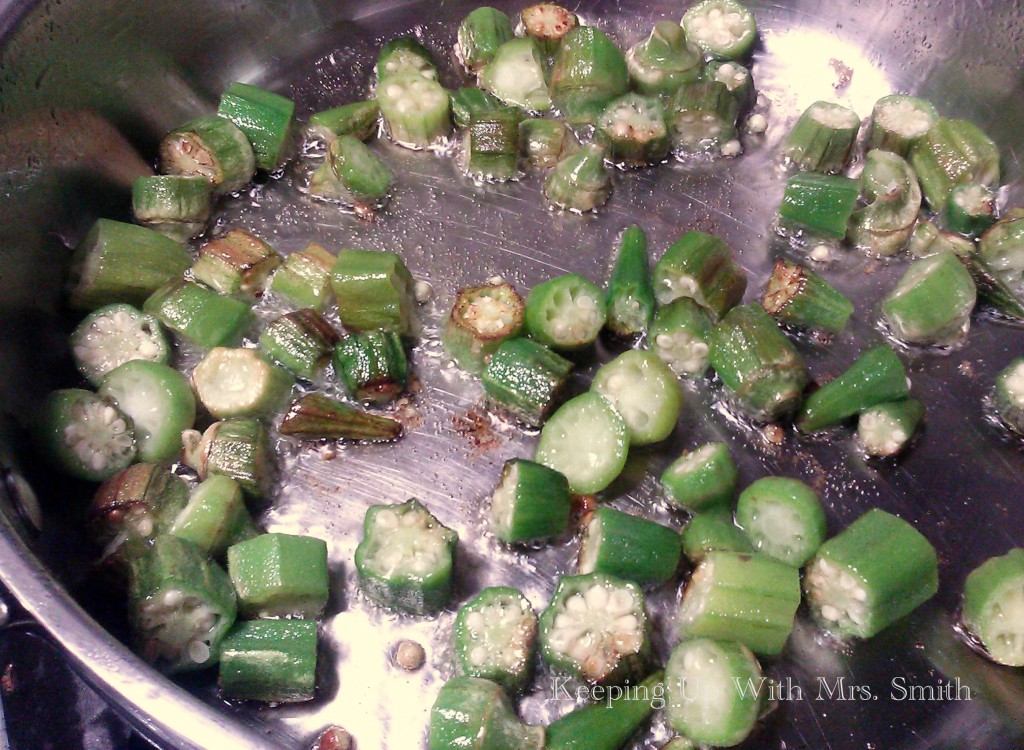 Drain okra on a thick layer of paper towels, and repeat with the second batch. 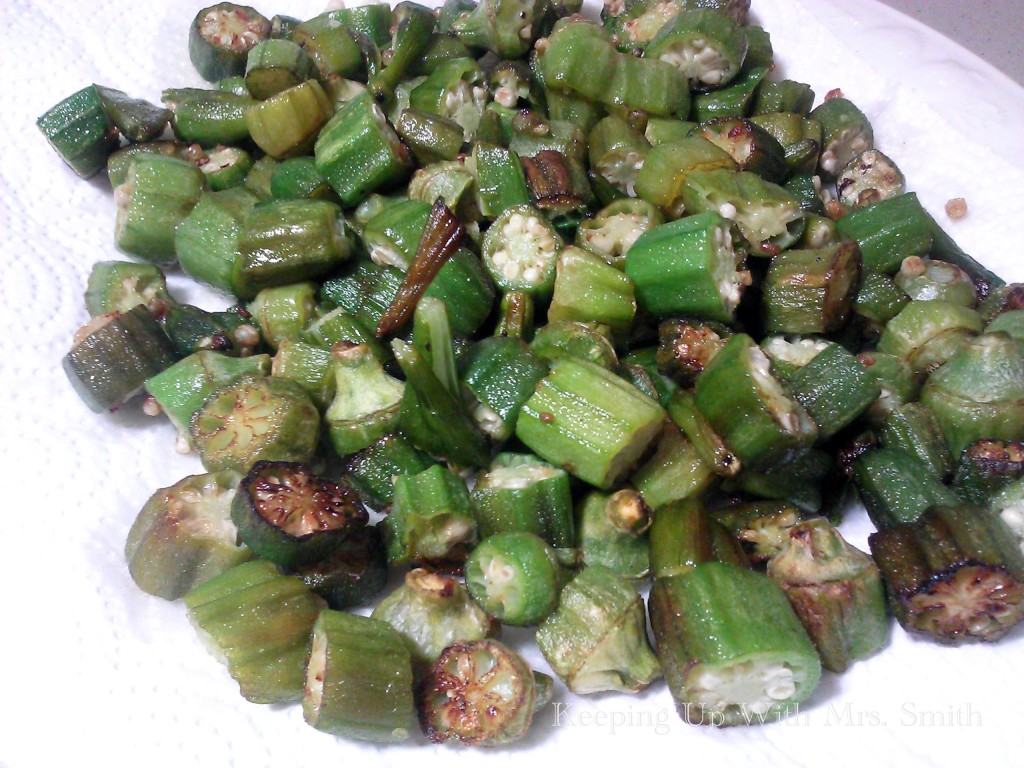 In a large pot or Dutch oven, heat 6 tablespoons of vegetable oil over medium-high heat.

Once the oil is hot, add 1/2 cup flour and stir constantly with a wooden spoon until the roux becomes a deep caramel color, about 5 minutes. 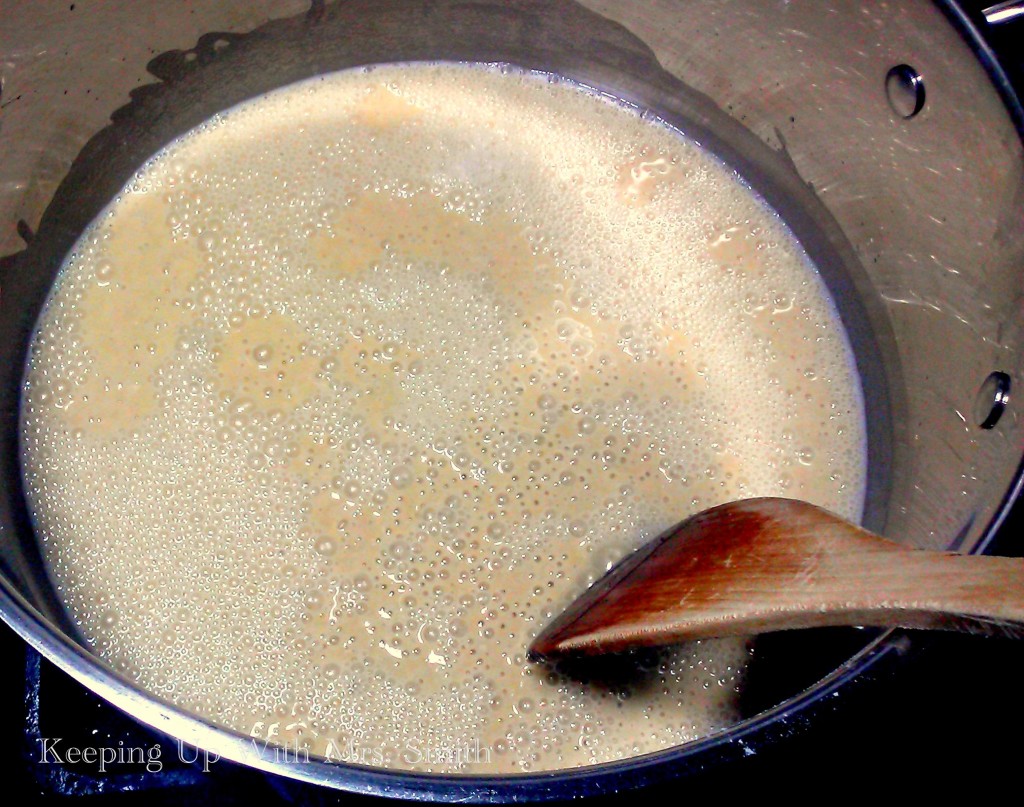 Add the onion and stir 3 minutes until the roux becomes deep brown in color.

Then add the celery, bell pepper and garlic and cook another 5 minutes, stirring often, until veggies are slightly softened. 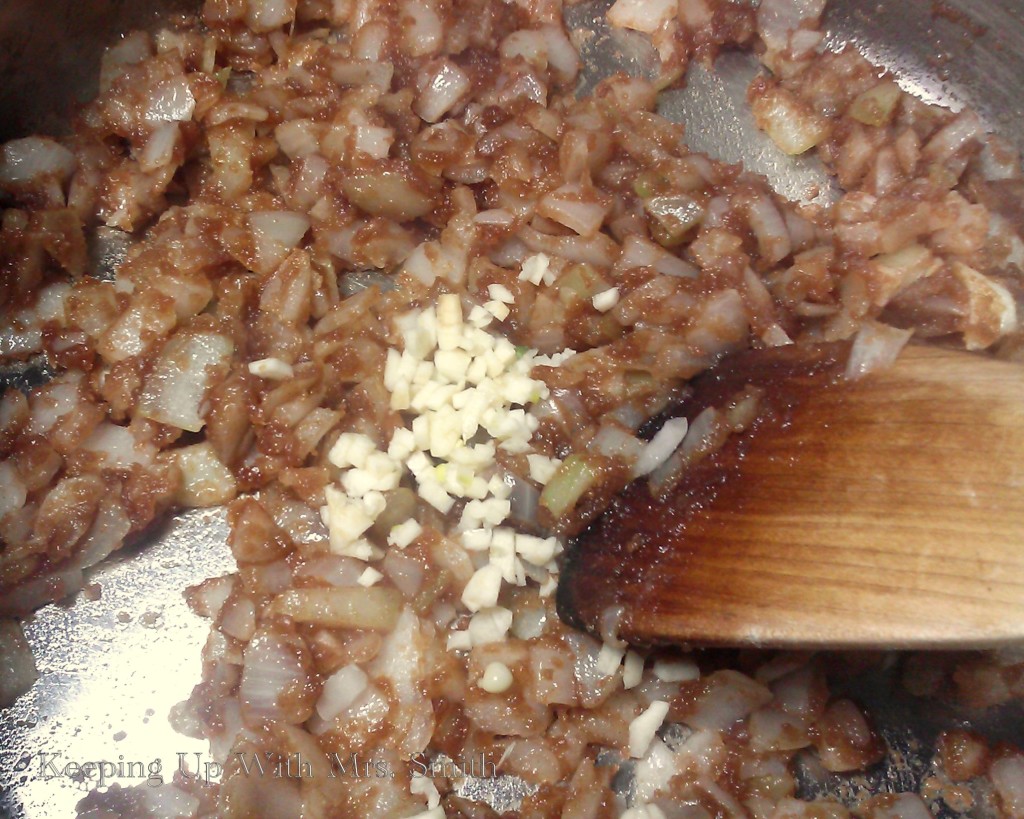 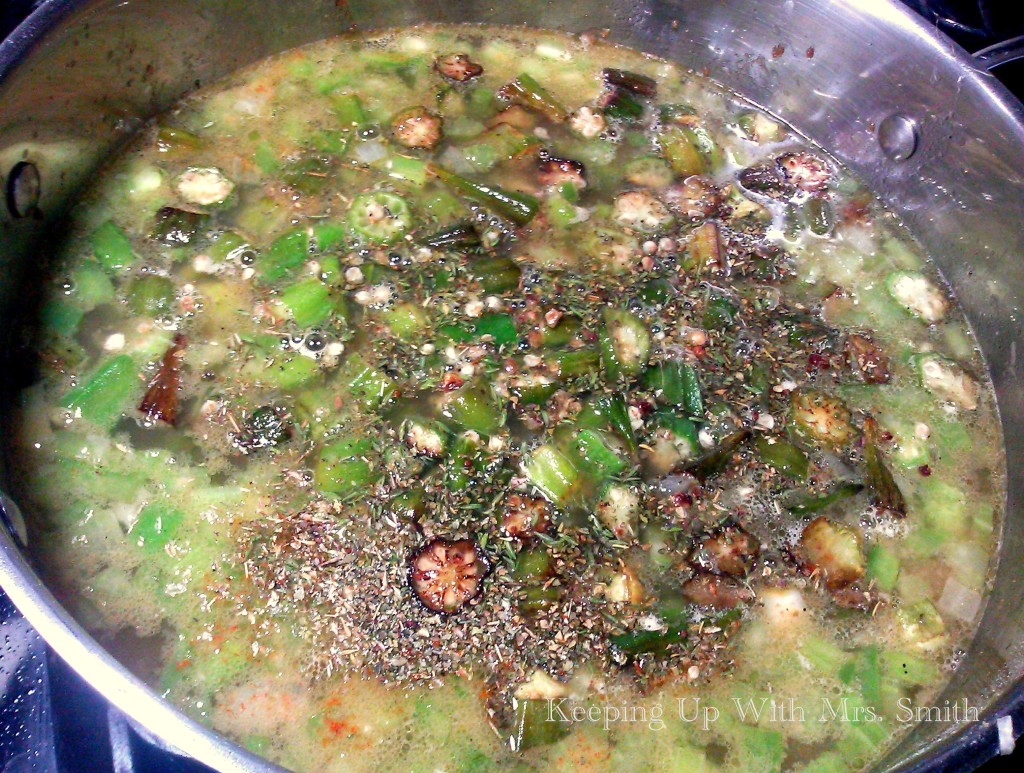 Stir and cover, allowing the heat of the soup to cook the seafood.

Cook’s Note: Since I was on a budget, I included neither the crab nor the oysters. However, this did not hinder my friends and I from polishing off the pot. 🙂 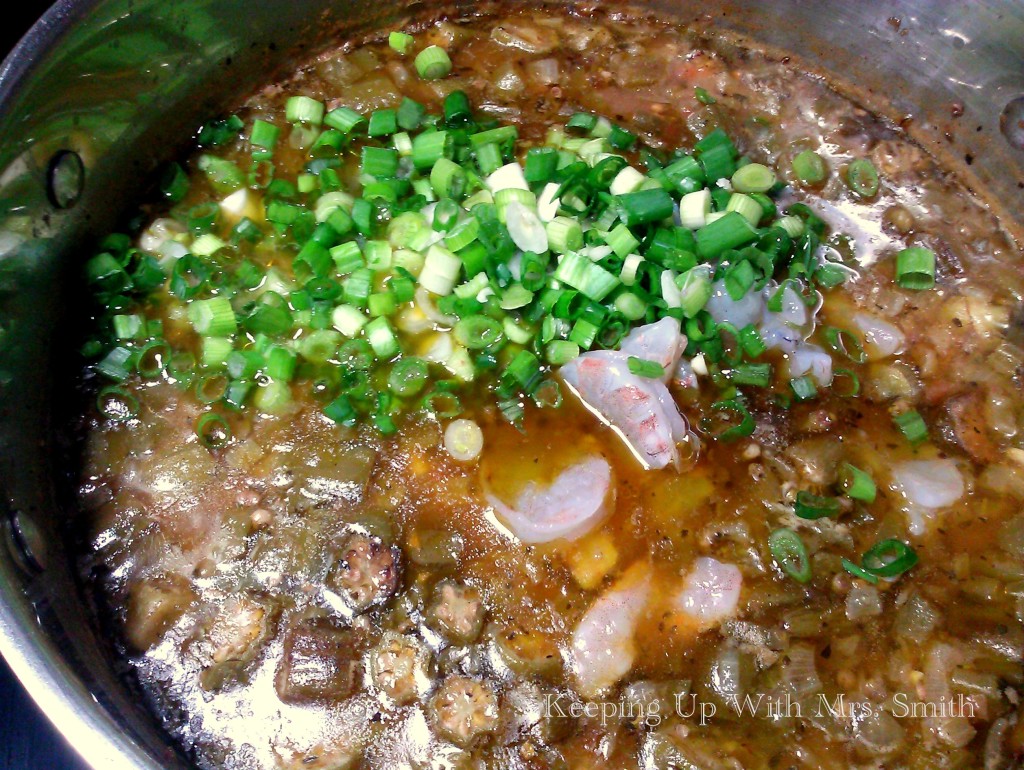 Serve over white or brown rice and a few dashed of Tabasco sauce.  (If you love brown rice but have trouble cooking it, here is a great recipe for fluffy brown rice!) 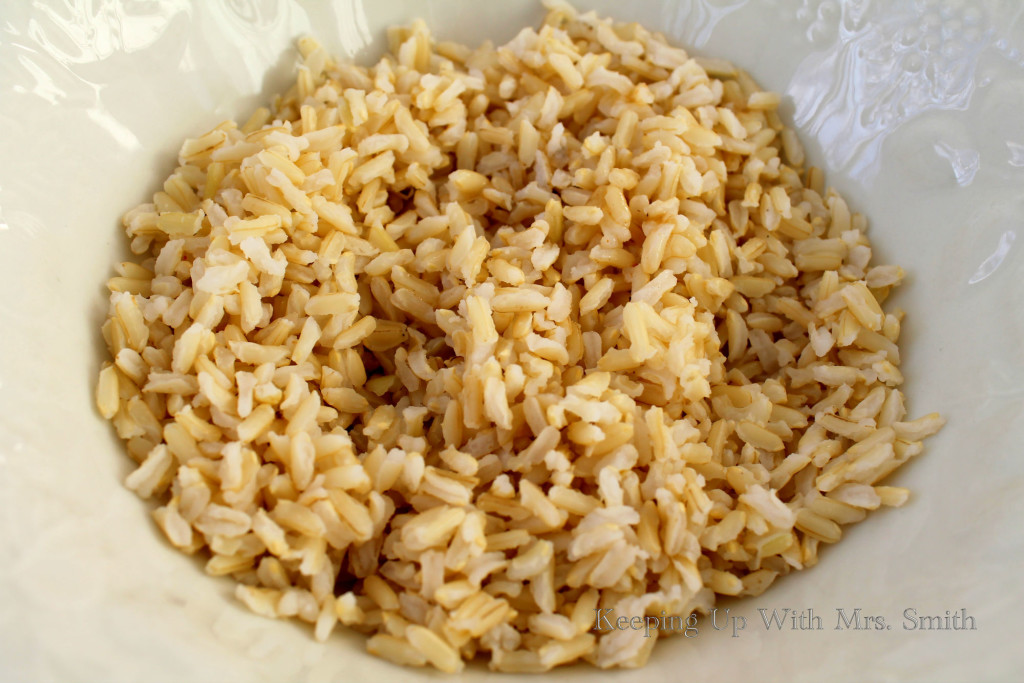 Share with friends on a cold day and congratulate yourself on a pot well done. 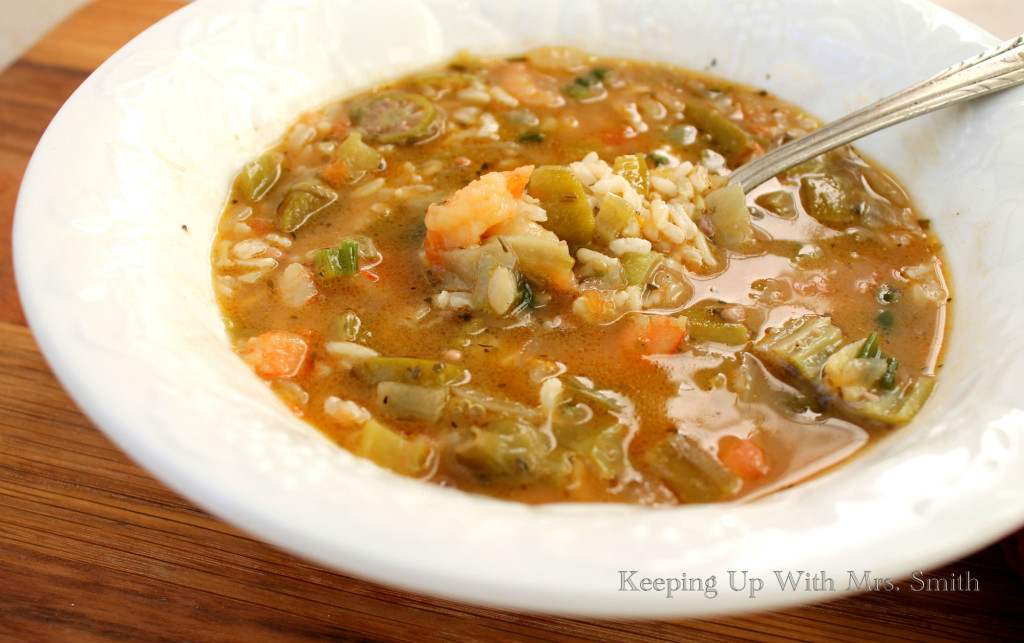 The untweaked, unadulterated version for Poppy Tooker’s Seafood Gumbo can be found at www.finecooking.com.

A review of my tweaks:

Thank you all for letting me share my kitchen adventures with you!  Join me next week when I cook something else I have never made before…