When Wayfair asked me to participate in the Great Craft Swap, I had to choose one of four  different items to craft/makeover into a special gift for someone. I chose a set of bar towels. The other choices were: a tablecloth, a wooden picture frame, and a set of three wooden cutting boards.

We all know that “monogrammed anything” is such a popular trend these days, I wanted to try my hand at creating monogrammed towels and since these towels are the “waffled” fabric versus the terry kind, I thought it just might work! 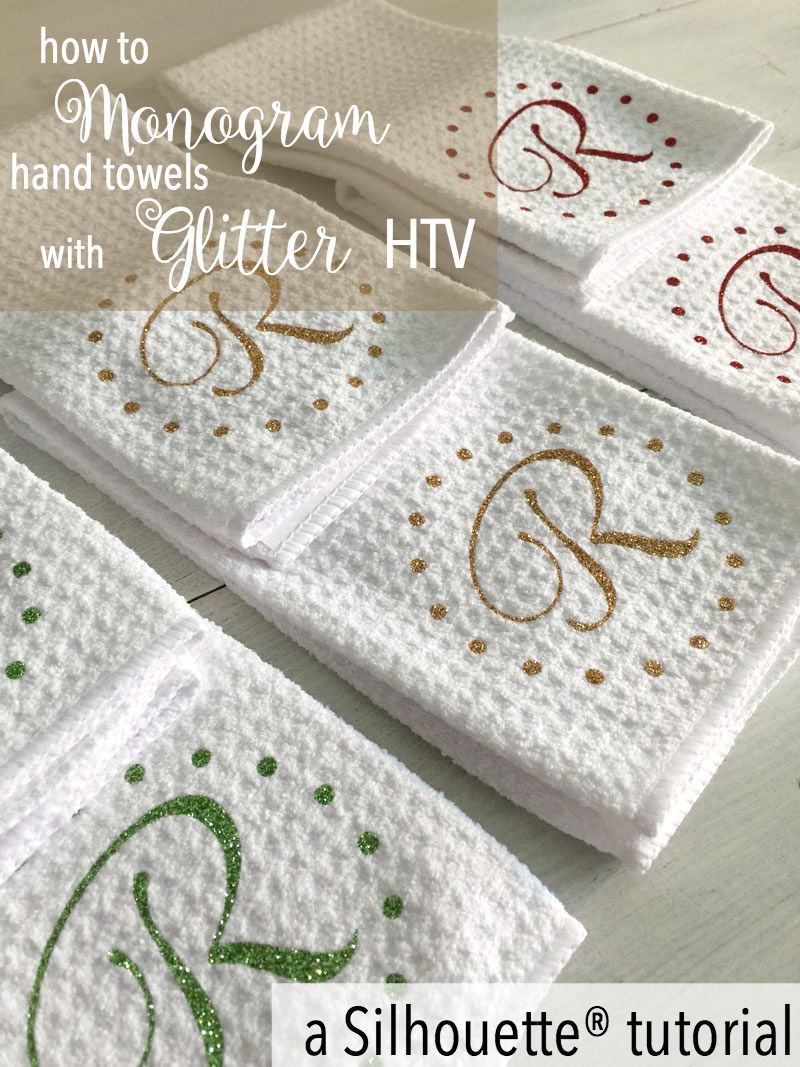 Here’s how I made them: 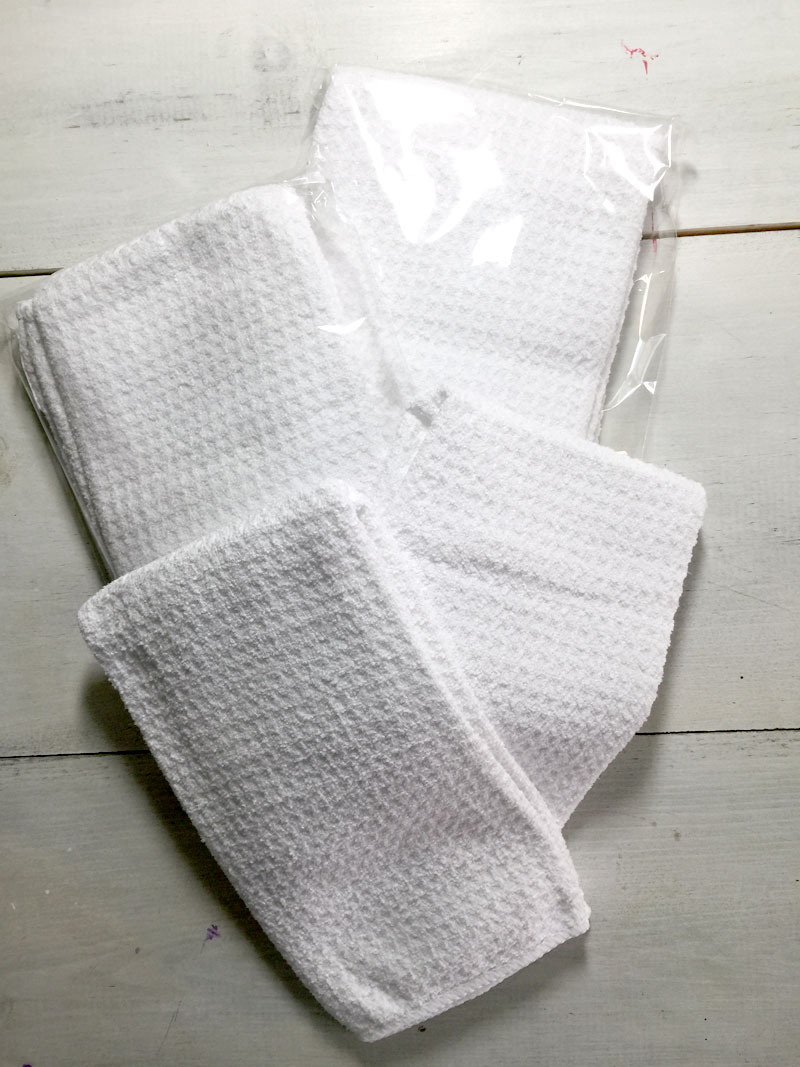 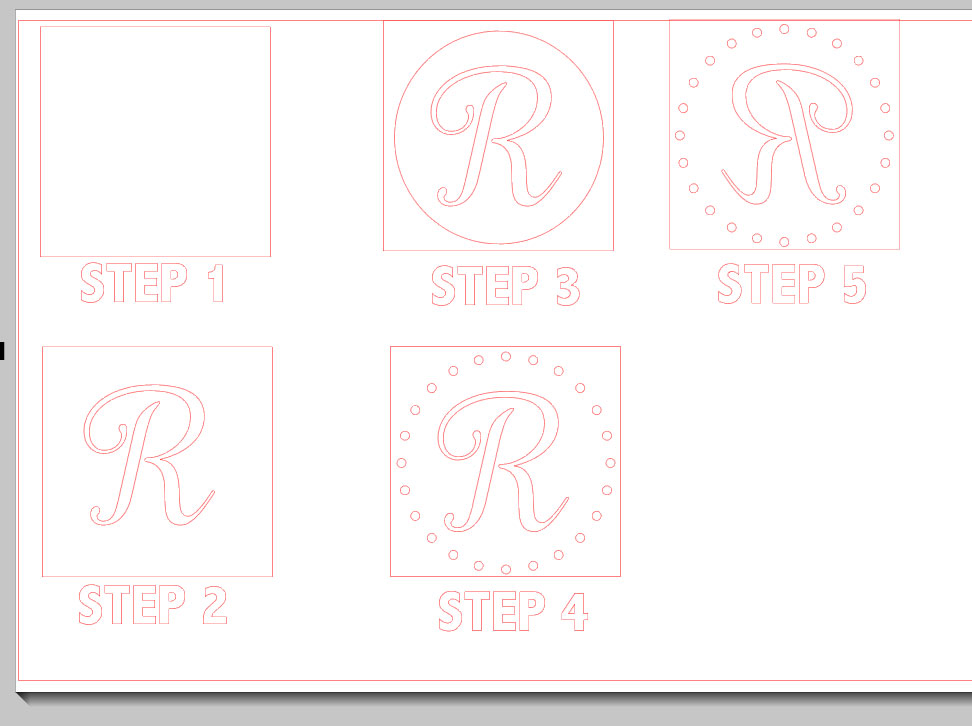 The towels came already folded in thirds. I measured the width of the folded towel and used that measurement to make my design in Silhouette Studio. 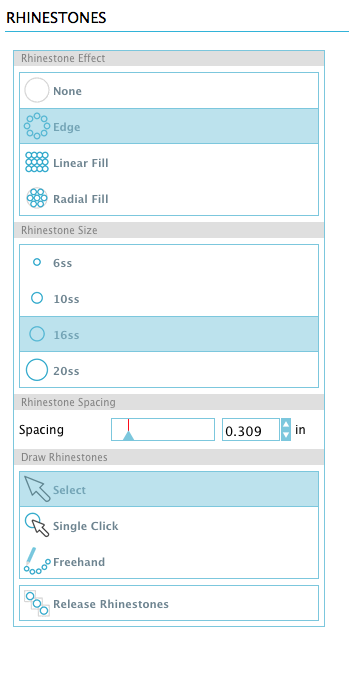 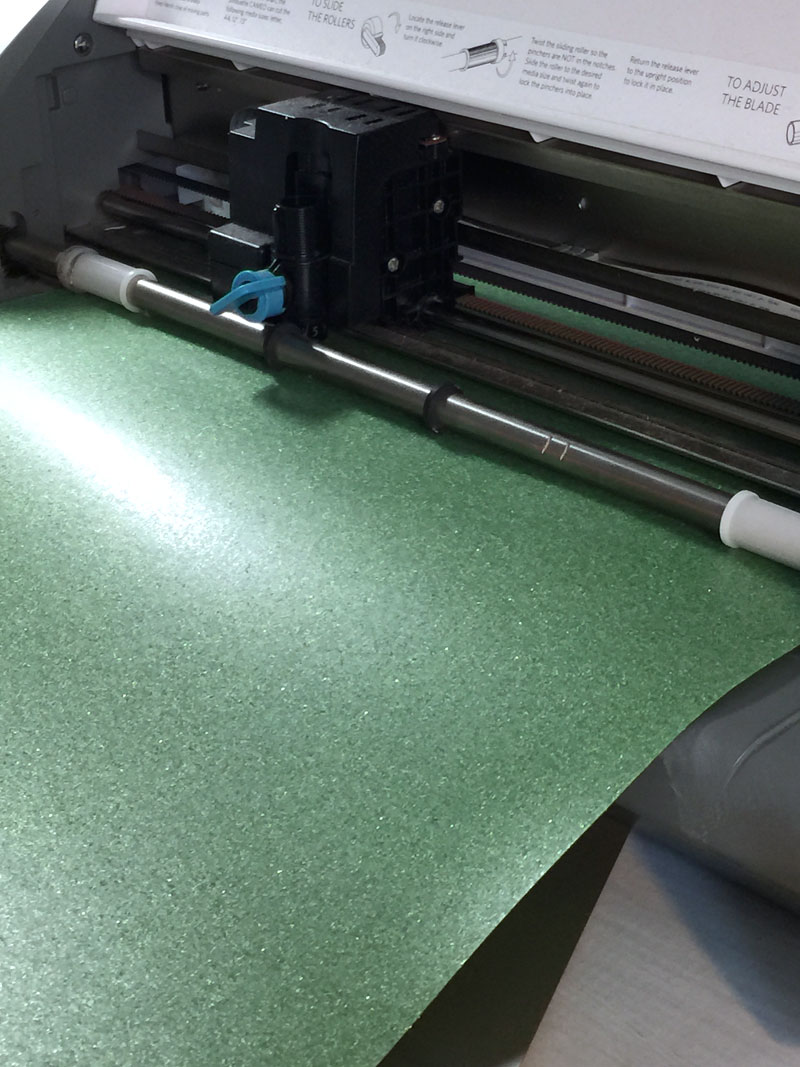 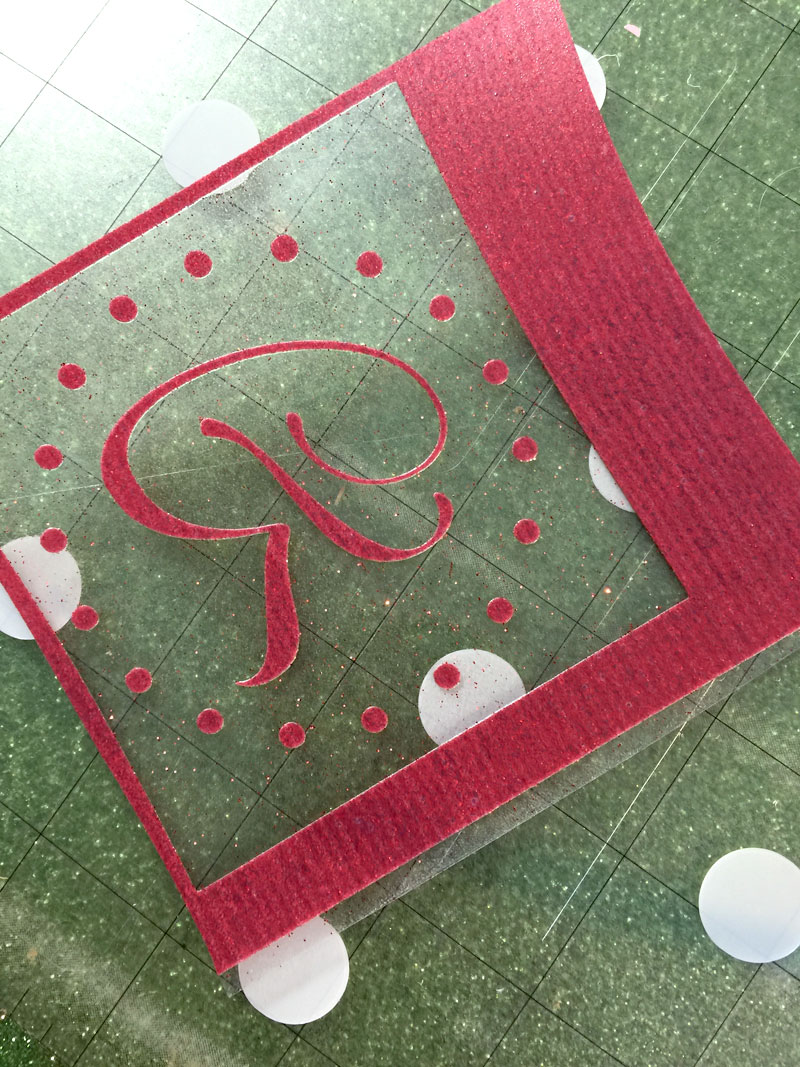 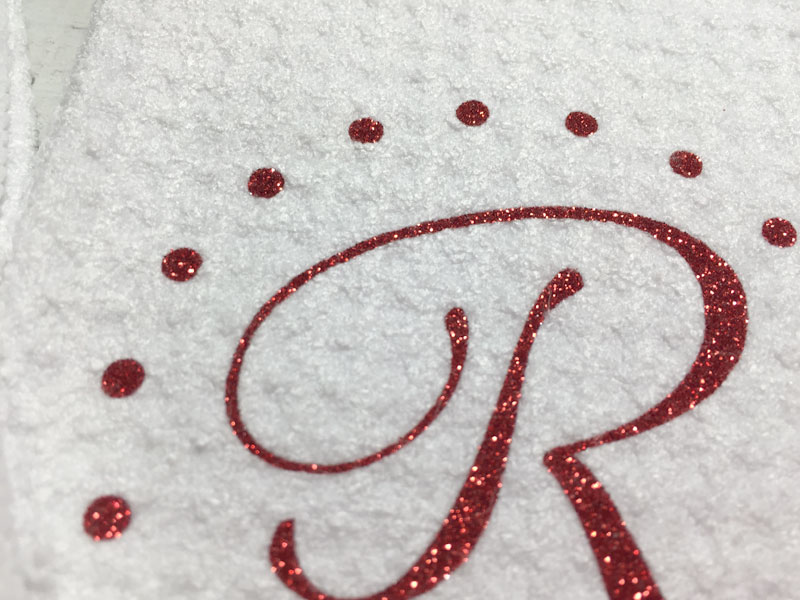 As you can see in the close-up above, the heat press did a wonderful job of “sticking” the glitter vinyl to the towel. 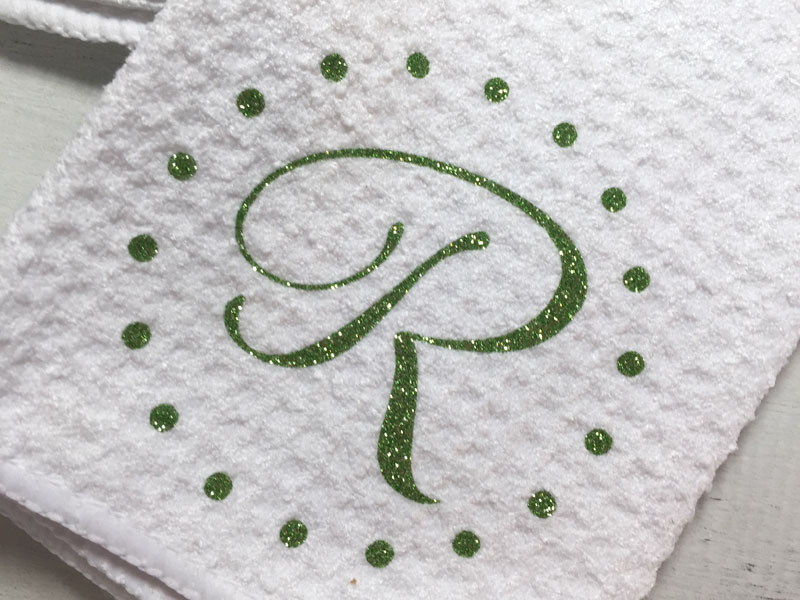 I was also pleased to see that the heat press did not flatten the “waffled” design of the towel. 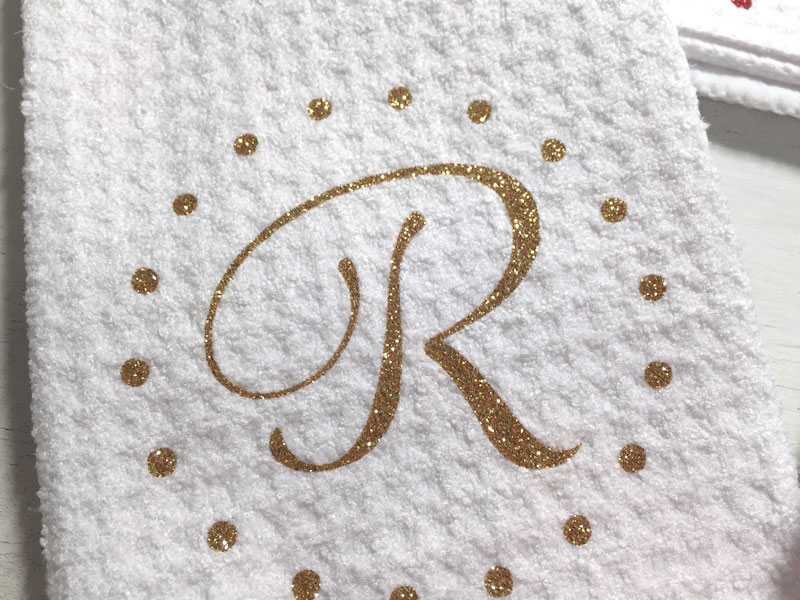 I chose red, green, and gold glitter vinyl so that Nicole (my swap partner) could use these towels throughout the Holidays. 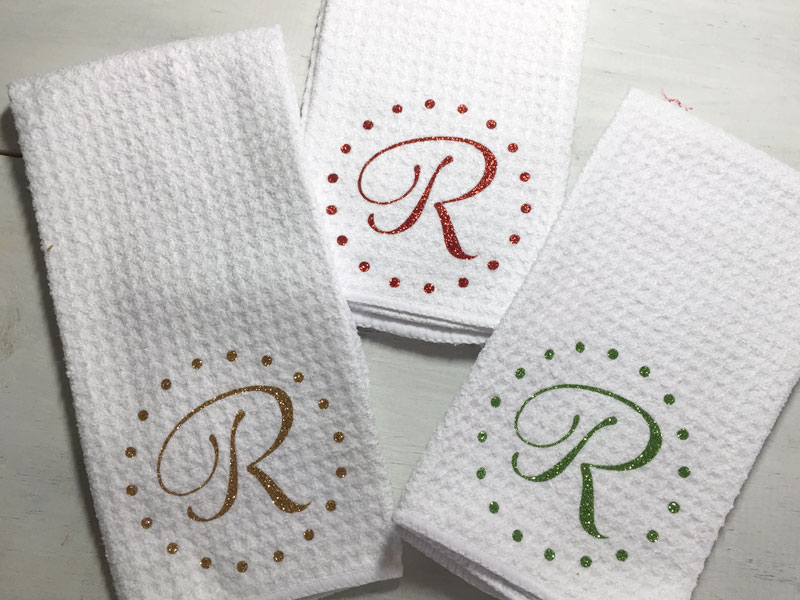 I sure hope she likes them!

Here’s peak of what Nicole sent to me: 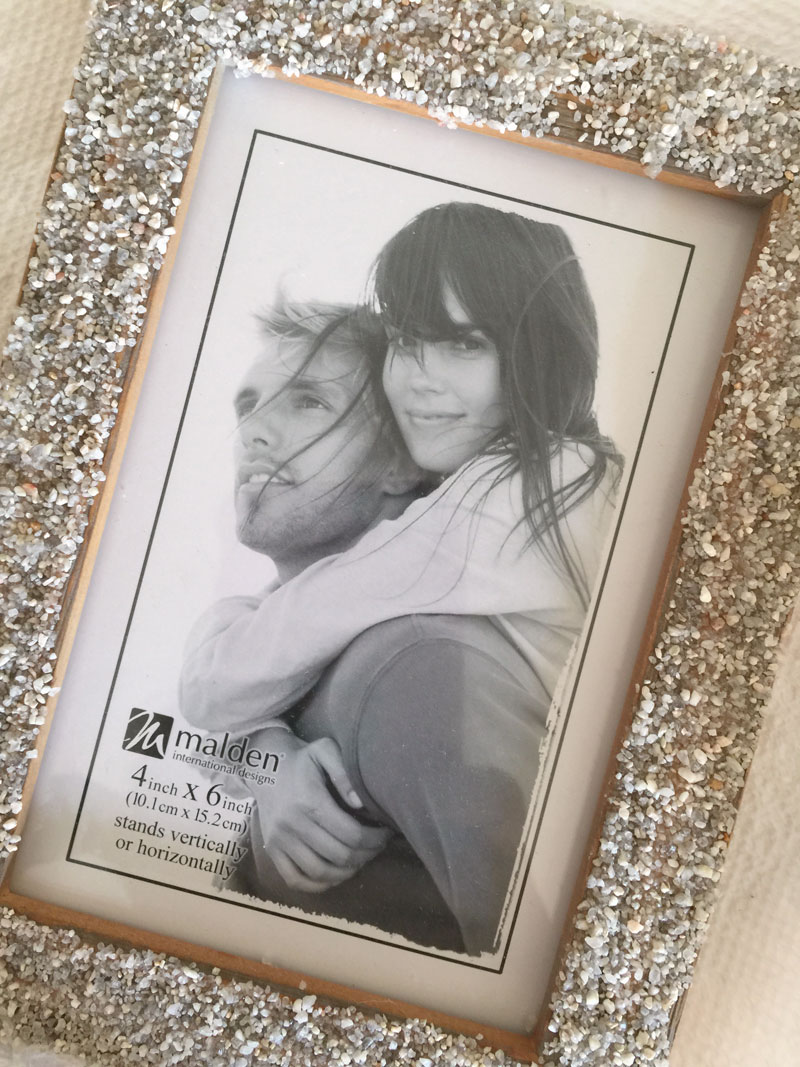 Nicole from Simply Nicole chose to make over the wooden frame. I love it! I’ll have the perfect picture for this frame after October 16! Why then??? Because that’s the date that Dan and I are getting married on the beach!