How about another cocktail series? This time a group of us are sharing our favorite Fall Cocktail recipes. Yup,it’s that time of  year, when so many people are talking about pumpkin spice. Not me. I’m not much of a pumpkin fan. I don’t hate it, but I’d much rather have something else. Something like apples and cinnamon. 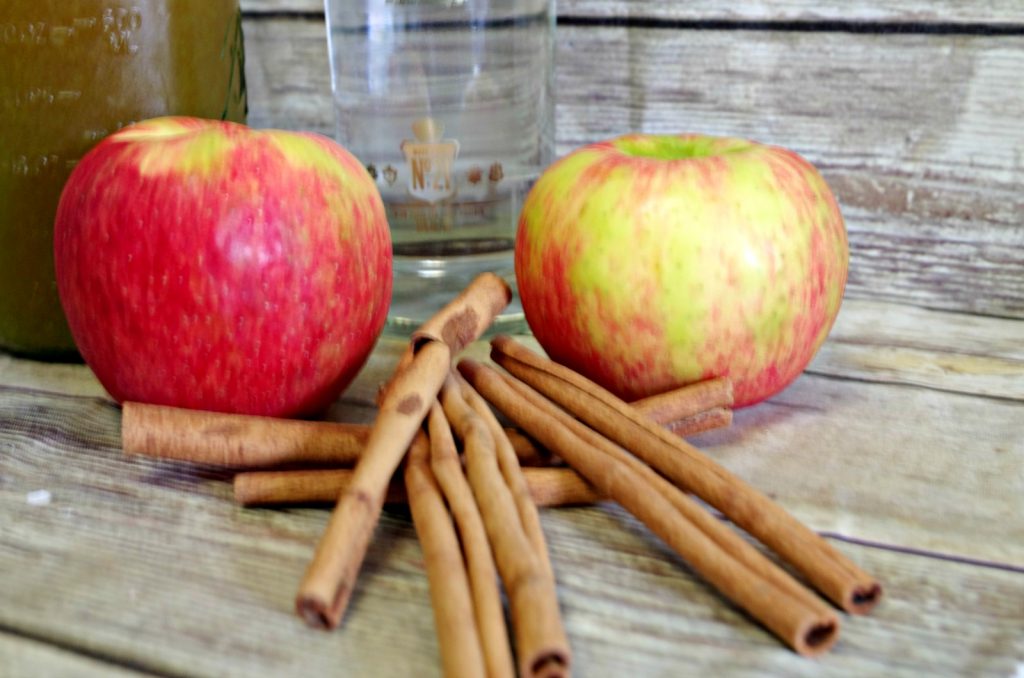 Now that’s a fall flavor I love! How about you? How would you like to have a nice, fresh cocktail made with apple cider with hints of cinnamon and a splash of caramel flavored vodka. An Apple Cinnamon Martini. 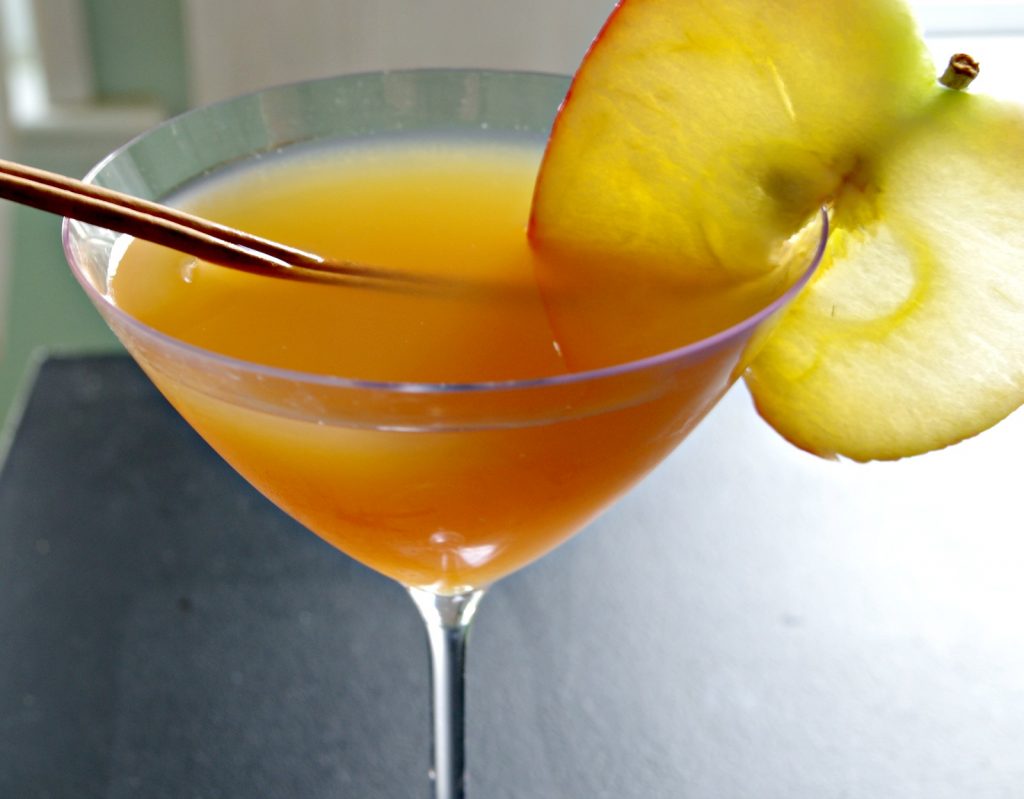 While so many of you enjoy reading my posts about crafts and DIY, you also really like a good cocktail recipe too! Amiright??? One of my most popular posts ever is my Strawberry Banana Pina Colada. Turns out you enjoy a good cocktail once in a while too. Just like me! 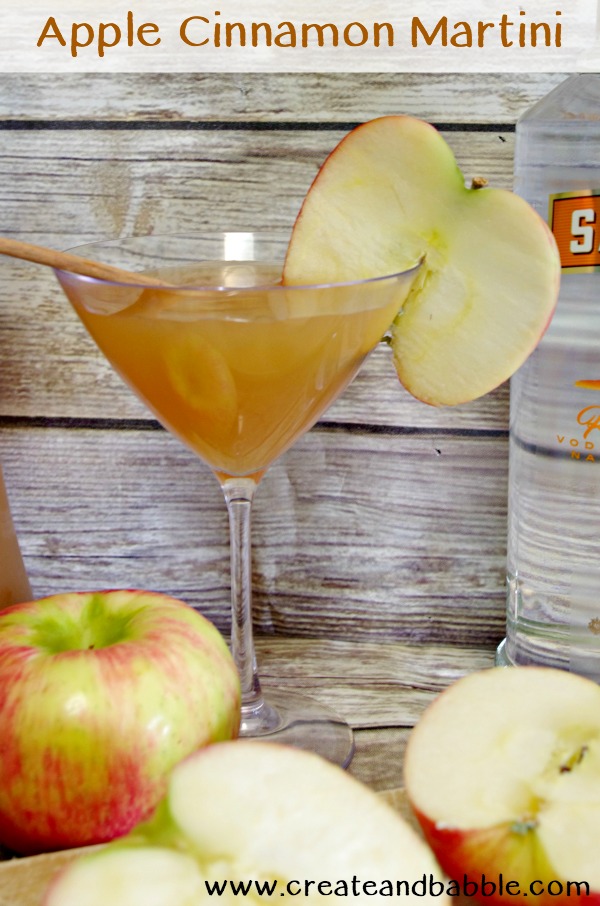 This easy-to-make Apple Cinnamon Martini is very much like the signature cocktail that we served at our wedding celebration three years ago. I like it so much because it’s just sweet enough without going over the top.

What other flavors do you think when it comes to Fall? When I was in the grocery store yesterday getting the apples in the produce department, I was looking around at all of the locally grown produce. There were lots of plums, peaches, and pears. I love those fruits and may have to use them in the next Fall cocktail recipe. 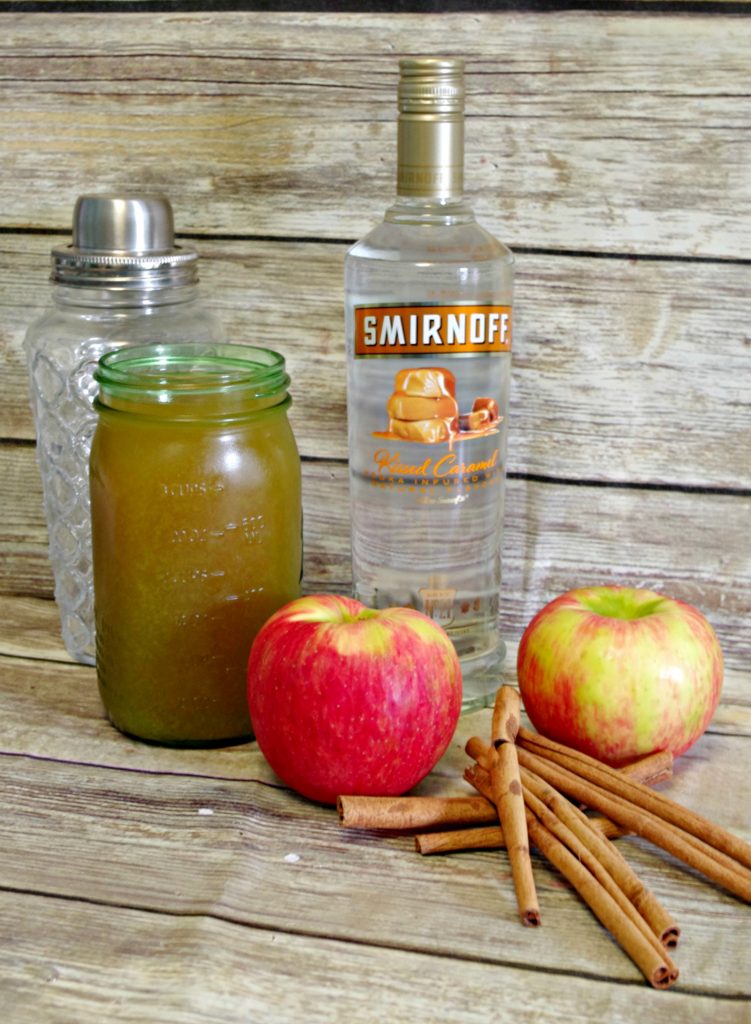 How to make Apple Cinnamon Martini

Combine 2 cups of apple cider, 2 ounces of caramel flavored vodka (more if you prefer a stronger cocktail), 1 teaspoon of lime juice, and 1/2 teaspoon of freshly grated cinnamon into a cocktail mixer. Shake. Pour into martini glasses and garnish with a fresh apple slice and a piece of a cinnamon stick. 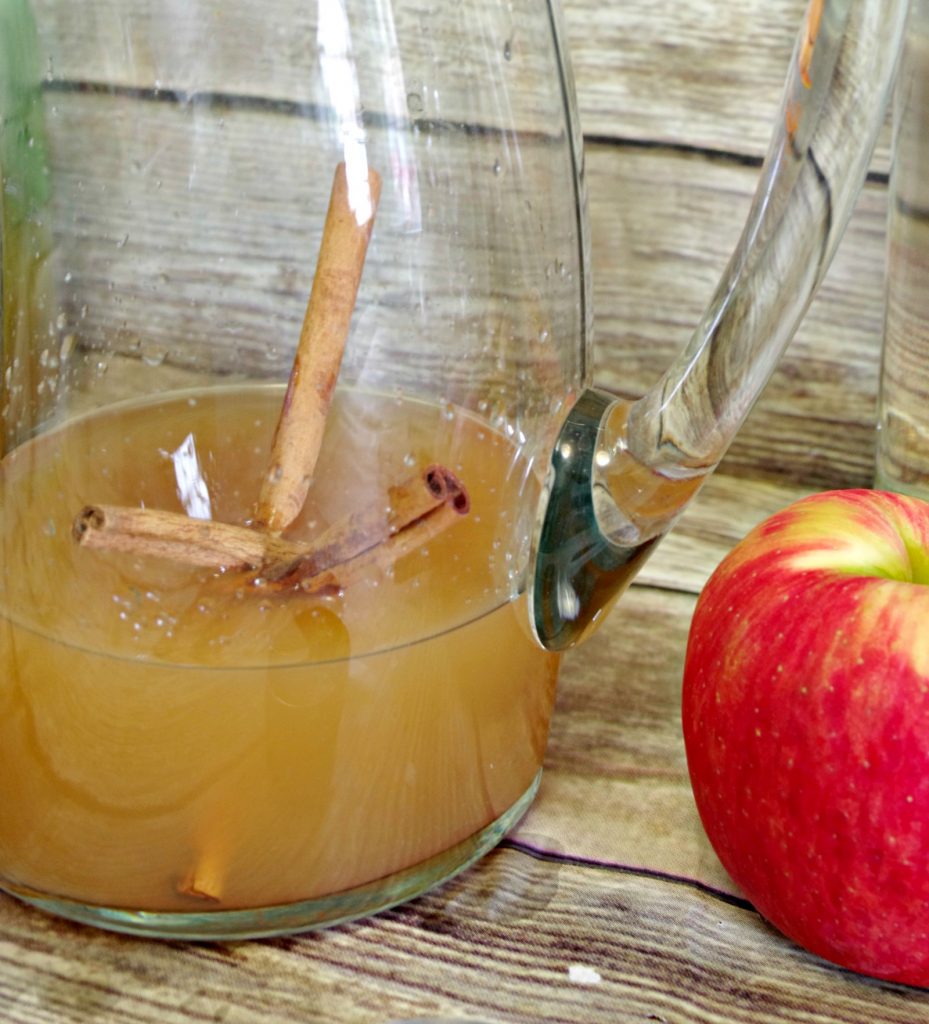 If you’re having company, double or triple the recipes and pour into a pretty glass pitcher. 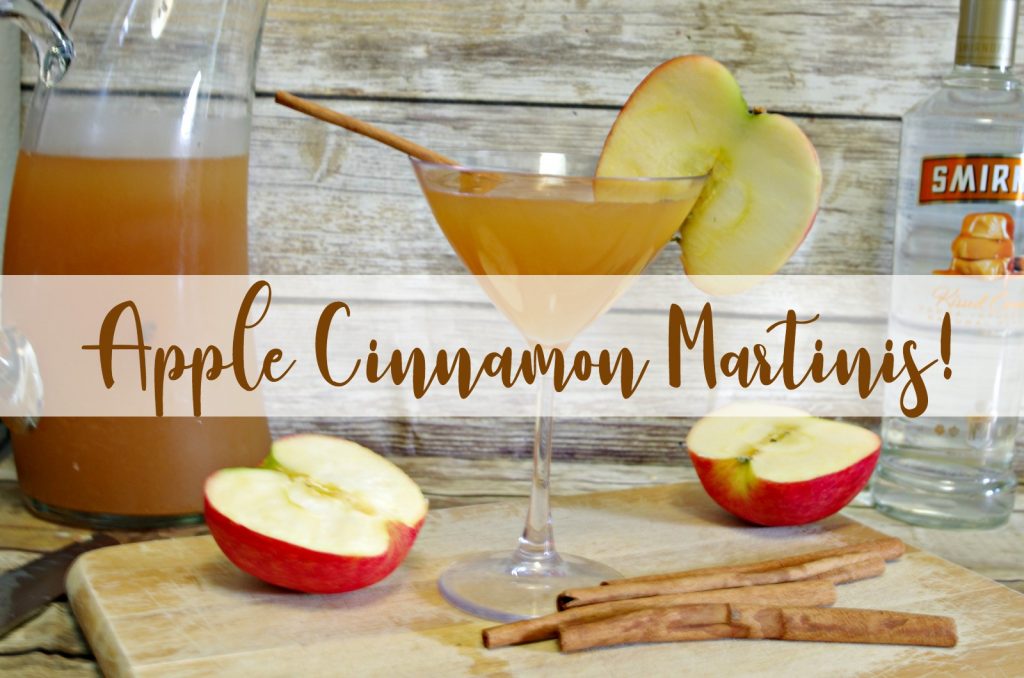 Now let’s see the cocktails that my friends have made below: